In previous blogs from this series we discussed how we formatted uwsgi and Python logs using JSON. Properly formatted logs are, however, useless if you don't have a way of accessing them. Reading raw log files on servers directly is great when working on a small number of servers, but it quickly becomes cumbersome.

We deploy our microservices redundantly across a cluster of servers, and reading log files on servers directly is not an option. In order to make the log inspection job feasible, we need to collect the logs from all of these machines and send them to one central location.

As discussed in uwsgi json logging, the idea behind using JSON logs is to simplify log collection stack. Instead of using Filebeat, Logstash and Elasticsearch, we can simply use Fluent Bit + Elasticsearch.

One of the most popular solutions out there, and with good reason - it was built by the same folks that make Elasticsearch. Logstash is the L in ELK stack. It, however, does not do any log collection. For that purpose you can use lightweight data shippers called Beats. In our case, we are interested in Filebeat - a shipper intended to collect log data from files.

Filebeat can process log files of various formats, do basic processing, and finally send data to Logstash or directly to Elasticsearch. Kafka and Redis outputs are also supported. If the processing options provided by Filebeat are good enough for your setup, this sounds like a really solid choice.

Of course, if you at any point get the need to do more complex processing, you can add Logstash in your log collection stack and this will most likely cover all of your processing wishes. But, as we all know, complexity has its negative sides.

It should also be noted that Filebeat must be deployed on every server in the cluster, while Logstash should be deployed separately, on a central location. Separate deployment means that it requires additional resources to run it, which potentially increases the deployment cost.

Unfortunately, for our use case Filebeat processors lack a bit of power so we would have to end up using Logstash and our previous experience with Logstash showed that it requires maintenance we would prefer to avoid.

Also, when using Filebeat without Logstash you basically must use Elasticsearch. Logstash on the other hand offers a lot of choices for outputs. There are more lightweight options out there that decouple you from Elasticsearch as your only log storage option.

Fluentd is a log collector, processor, and aggregator. This makes it an alternative for both Logstash and some Beats. If you are interested in collecting stdout logs from services running inside of docker containers, a neat feature you can use is Fluentd logging driver.

Being more lightweight than Logstash, this makes Fluentd a good choice when you require strong aggregation features. There is one catch though, while Logstash is deployed on a central location, Fluentd also does log collection so you need to deploy it on every machine just like Filebeat. If you truly have needs for strong aggregation, this feels like it could easily end up requiring even more resources than a Logstash solution.

One solution for this problem would be to have a similar architecture required for Logstash - simpler Fluentd instances for log collection without any aggregation sending logs to separately deployed central Fluentd instances performing heavy aggregation. But it still feels like an overkill. Can we do better?

That sounds good, but we skipped a few steps there. What is Fluent Bit?

Another subproject under the umbrella of Fluentd, which somewhat explains the combination with Fluentd. As stated on the official web of the project, Fluent Bit is an open source and multi-platform log processor and forwarder which allows you to collect data/logs from different sources, unify and send them to multiple destinations.

Besides sending logs to Fluentd instances, Fluent Bit can also send them directly to various destinations, including Elasticsearch and many others.

Even though Fluent Bit does not have aggregation features on the level of Fluentd or Logstash, it is still quite powerful. Yes, you can actually do basic aggregations using Fluent Bit! Besides aggregations, Fluent Bit also provides an impressive processing system for such a low-resource system.

Here at Velebit, we don’t use complex aggregation features, so the Fluent Bit feature set covers our needs quite well.

Why did we choose Fluent Bit?

Obviously, Filebeat/Logstash and Fluend aren’t the only Fluent Bit alternatives out there. So, why did we pick Fluent Bit? Well, besides being well supported piece of software, there are several important reasons:

Fluent Bit seemed like a great choice for us. It is, however, not the only choice for this job, and you should decide whether Fluent Bit or something else serves you better for your custom deployment.

1. It is extremely lightweight

In order to reduce both CPU and memory requirements, Fluent Bit developers opted to use C programming language, and this definitely shows. You can find the memory usage numbers for all 4 competitors collected after running a simple docker run without any configuration.

Besides requiring little resources, lightweight programs also have less moving parts, which leaves less space for bugs and that is a great thing. In the column PID you can see the number of processes the kernel started inside this container, which can be another indicator of the complexity.

Before getting started with configuring Fluent Bit - you can find all of the code from this post here. Let’s create a simple configuration for Fluent Bit collecting logs using the fluentd docker logging driver. Fluentd logging driver returns a JSON-like structure

When parsing log data, we want to do a little bit of processing. For example, let’s rename the key SERVICE_NAME to a key service_name. Another thing we want to do is parse log string. We prepared our services to work with JSON formatted logs, and now we want to use that.

Below is a configuration achieving this along with outputting logs to stdout - the “trivial” log destination.

Note. All of the files in this example should be in the same folder.

As you can notice, we import parsers from file /configs/parsers.conf. This is a user-defined file where we can define various types of parsers, for example parsing raw nginx logs with regex, etc. For this example, json parser is the option we want to use.

Finally, we want to create a Fluent Bit process to collect logs.

The only thing left to do is to test this setup. We will start a simple container running a shell script outputting JSON formatted string every second.

You can run this toy-example using commands

By running docker-compose -f logging.yml logs -f fluentbit, you can preview the results

Finally, you can clean up everything by running

Fluent Bit covers a lot of log processing cases with various configurable filters, however, if you need even more control and custom processing, you can use Lua filter.

As you could already see above, we used the fluentd logging driver without much configuration. This is very convenient and allows you to specify which docker logging driver each of your services use. If you use fluentd, your logs will get collected, otherwise, they won’t.

An alternative solution to this would be not to use the fluentd logging driver. When working with json-file logging driver, stdout is stored in a file, somewhere in /var/lib/containers/*/*.json. Since Fluent Bit should be deployed to every instance on the cluster anyway, you can simply configure Fluent Bit to parse JSON log files directly on the host. This is a very viable and often used option for production setups.

Another way to collect all the log files from docker would be by using Logspout, but this adds an additional component to your architecture. A very simple component, but still an additional one.

We opted for the fluentd logging driver solution even though at the time docker CE did not support any sort of dual logging. It just works, and in the end, we rarely end up inspecting logs directly on our VM instances anyway.

Stay tuned for Part 4, where we will continue this theme by exploring log and metric visualization options. 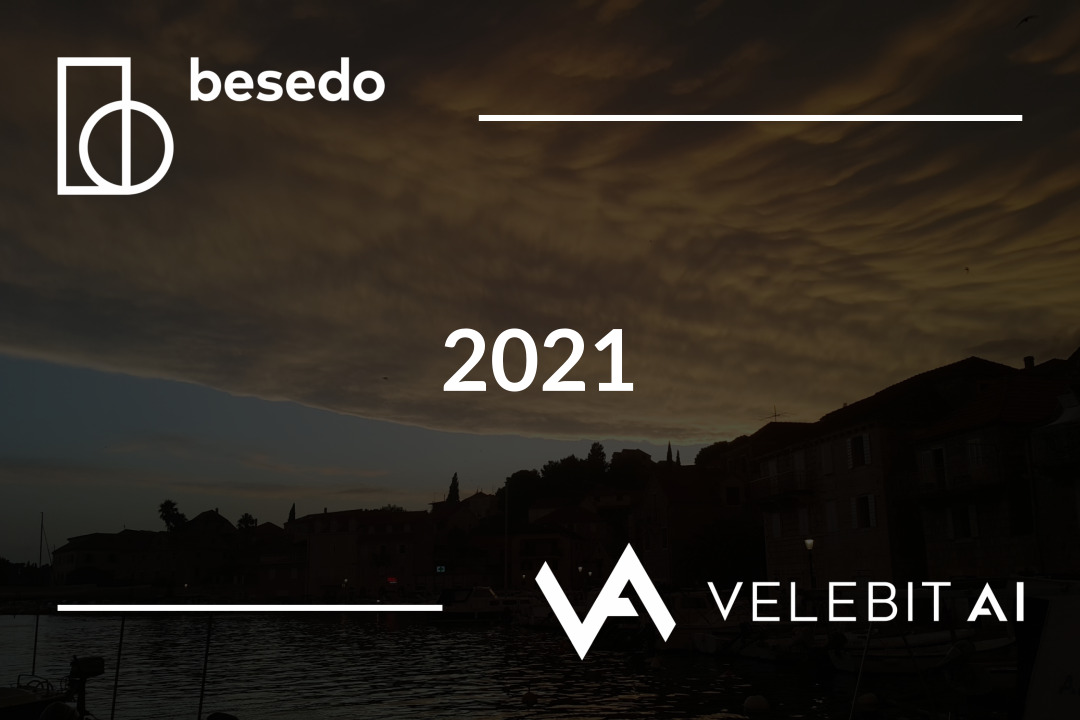 This year's changes brought fast transition to online and scale, both from the side of the economy and side of data, to many marketplaces. In 2021 that will allow faster implementation of AI-powered technologies such as advanced Cognitive Search, Visual Search, AI-based Recommending and Matchmaking of buyers and sellers.
Read more

Sending rain was once attributed to deities. Today, we know that's not the case, but our rain prediction capabilities are still far from godlike. AI has helped with many problems, but can it also make rain forecasting perfect, we find out in this blog.
Read more 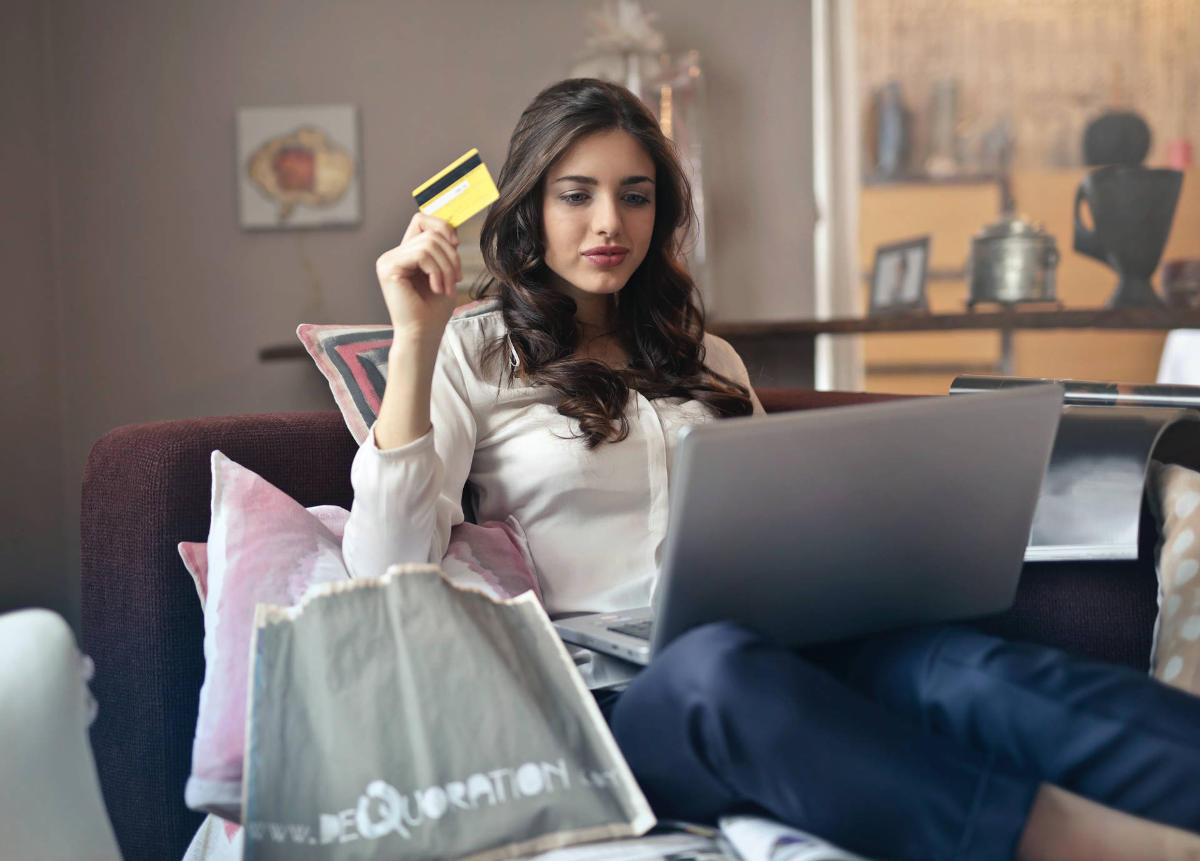 How is AI used in eCommerce? When to use it, 5 AI solutions for eCommerce, and how to avoid common pitfalls

Artificial Intelligence is everywhere and everybody is talking about it. Can AI create Intelligent eCommerce or this is just a fad, we explore in the next couple of chapters.
Read more

Meet our highly experienced team who just loves to build AI and design its surrounding to incorporate it in your business. Find out for your self how much you can benefit from our fair and open approach.